Well done to all who came to help at our street stall in Muswell Hill last Saturday. Lots of leaflets given out, interesting conversations and several new contacts signed up.

Well done to all who turned out to protest against the anti-Israel PSC ‘Naqba Day’ demo on Saturday 11th May.

This time from We Believe in Israel 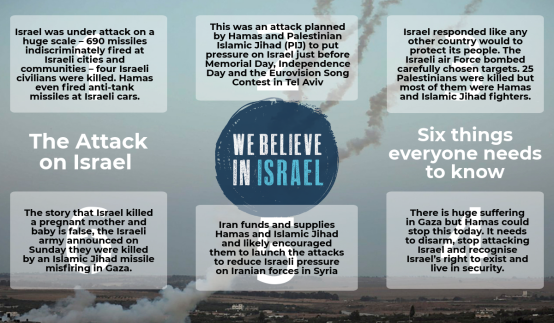 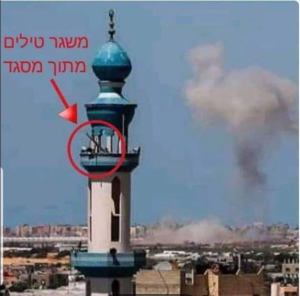 Hamas deliberately fires its rockets from homes, mosques, schools and other civilian sites. The picture shows a rocket launcher mounted on the minaret of a mosque.

At the last count more than 500 rockets have been fired into Israel from Gaza.

Hamas are doubly war criminals. First because they target Israeli civilians, and second because they deliberately endanger their own civilians.

We pray for the safety of the Israeli people and stand with them in their resistance to terrorism.